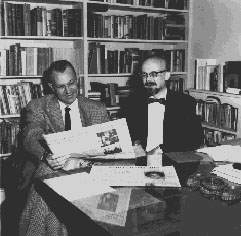 In the 1970s Appalachian scholar, Cratis Williams sounded the alarm concerning the alienation that Appalachian young people--and others--experience when their education is not tied to local knowledge. "A liberal education must supply us with that vision that comes from learning about ourselves and our kith and kin as participants in a regional or ethnic society, for being born into and living in that region or ethnic group influences the course of our lives, whether we reject it or embrace it.... Central to what it means for each of us to be good citizens in a free society, to be a self-accepting Appalachian, Creole, or Indian, without being less of an American at the same time, is our ability to reflect critically upon the meaning of our culture and history" (cited in David Cratis Williams and Patricia D. Beaver (eds.), The Cratis Williams Chronicles: I Come to Boone, 1999 p. xxxviii). Appalachian people's ability to understand the meaning of being Appalachian has been hindered by the idea of "Appalachia," developed as a late-nineteenth-century concept to meet a variety of needs by the dominant industrial and urban culture.

During this time, mountain people moved perceptually from Jefferson's farmer yeomanry to dual positions as "our contemporary ancestors," on one hand, and the popular media's "hicks" and "hillbillies" on the other. Increasingly out of step with Horatio Alger's America, Appalachia became "a strange land inhabited by a peculiar people." At the same time, Appalachia was also seen as a sort of reservation where traditional Anglo-Saxon lifestyle could be studied against a growing national enthusiasm for immigration restriction, eugenics, and "racial" purity.

For most of the twentieth century, this set of misconceptions framed much of the academic discussion about the region, and stereotypical images, from Snuffy Smith to Deliverance, continue to dominate the popular perception of the region. In this sense, most discussion of Appalachia has been limited by conditions and beliefs established by people and circumstances outside of the region. In the last thirty-five years, however, the paradigm began to change as indigenous regional scholars identified new ways of looking at mountain people and culture that were not based on stereotypes. This work represents the beginning of a "New Appalachian History," work that the National Endowment for the Humanities (NEH) Challenge grant received by ASU's Center for Appalachian Studies in 2001 is intended to further.

Out of ASU's commitment to new ways of approaching Appalachian Studies has come a remarkable set of organizations, both on and off-campus, designed to produce and sustain a new and groundbreaking understanding of the mountain South. The University and members of its faculty were central to the formation of the inter-agency educational association, the Appalachian Consortium, in 1971, and the learned society, the Appalachian Studies Association, in 1977. In 1968, the University created the W.L. Eury Appalachian Collection, now one of the nation's best repositories of material on Appalachia, and in 1989, created the award-winning Appalachian Cultural Museum, a research and exhibition facility. The University also publishes the quarterly review, the Appalachian Journal (founded in 1972), that has been described by folklorist Archie Green as "America 's best regional journal" and by novelist Jesse Stuart as "THE voice of Appalachia."

The Center for Appalachian Studies

In 1978 Chancellor Herbert Wey oversaw the creation of the Center for Appalachian Studies. Recognizing the integral relationship of the region to the growing university's mission, Wey made Cratis Williams's vision of regional studies a reality by spearheading the establishment of the University's only Center formalized by the University of North Carolina's General Administration. The M.A. in Appalachian Studies was approved the following year.

Most Appalachian Studies courses are taught within academic departments as part of their regular course offerings (e.g. Anthropology, English, History, etc.). Many of these courses are taught by senior faculty who have developed, revised, and offered them on a regular basis. New courses developed by newer faculty are also often added to the curriculum, bringing fresh ideas and the most recent regional scholarship to students in the university.

The Center Director and Program Director are assisted by a full-time administrative assistant. The Center Director oversees an operation that includes the Appalachian Journal (including a full-time faculty Editor and support staff), graduate student assistants, and student temporary employees. The Program Director advises graduate and undergraduate students and oversees program support. Continuing faculty appointments (funded by the College of Arts and Sciences) include replacement salaries for several Appalachian Studies graduate courses (AS 5000, Bibliography and Research, offered by the University Archives and Records Director, Norma Riddle; AS 5020, Appalachian Culture and Social Organization, taught by Center Director, William Schumann; AS 4015/5015, Old Time Music Traditions, taught by English professor Cecelia Conway), and the undergraduate introductory courses (AS 2200, Appalachian Stories and AS 2411, Appalachia: An Introduction-Social Sciences). Support for additional special course offerings (e.g. Global Appalachia, Advanced Appalachian Strings, Travel Writing, Foundations of Sustainable Development, Labor and Nature in Appalachian Literature) are arranged with the College of Arts and Sciences, Graduate Studies and Research, and the departments as needed.

During the 1990s, the Center reexamined its mission and reevaluated its programs and their continued relevance to the region and its people for the globalized world of the 21st century. In this rethinking of Appalachian Studies, the faculty identified two research areas, both long neglected by scholars but each of great importance, as the Center's research priorities. These two areas are regional diversity and comparative mountain studies. Work has begun in both areas, and with funds from the NEH Challenge grant for Appalachian Studies, will enlarge and make permanent these research commitments. Research, especially collaborative research, is intimately linked with community service, and these priorities provide significant opportunities for student and faculty engagement with local and international communities.

Already Appalachian Studies faculty, with expertise on mountain cultures in Central America, the Caribbean, southern and central Europe, Wales, highland Scotland, and Ukraine, are introducing a comparative perspective into their courses. ASU is uniquely prepared to foster a research initiative in ethnic Appalachia: it has been actively acquiring library and resources on ethnic Appalachia and many of its faculty, including folklorist Cecelia Conway, anthropologists Patricia Beaver, Fred Hay and Susan Keefe, religious studies scholar Conrad Oswalt, have all published research related to African-Americans in Appalachia, as have anthropologists Tom Whyte and Harvard Ayers on Native Appalachia, and anthropologist Patricia Beaver on Jewish Appalachia. The Appalachian Journal has published more research on ethnic Appalachia than any other scholarly serial and has recently established itself as the clearinghouse for all the best scholarship on the Melungeons. Appalachian Studies graduate students have worked with Melungeon, Hispanic, and African-American communities.

Appalachian Studies faculty recommended by the Center Director and the College of Arts and Sciences for appointment by the Provost, are drawn from fourteen academic departments across campus and embrace a variety of interests, methods, and theoretical approaches. They provide instruction in the program, advise students, and serve on graduate committees, the Appalachian Studies Advisory Committee, and other committees including those dealing with scholarships, curriculum review, and personnel evaluation.

The quality of the Appalachian Studies instructional program is reflected in the achievements of its graduates. A number of M.A. graduates have pursued doctorates at first-rank institutions (e.g., University of Georgia, University of New Mexico, University of Florida, Harvard University, Princeton University, Pace University, Duke University, University of North Carolina-Chapel Hill); several have gone to law school. Others have gone directly into the workforce, including such positions as Director of Public Relations at Appalshop, Director of the Southern Appalachian Historical Association (Hickory Ridge Living History Museum and Horn In The West outdoor drama), Director of Appalachian Studies at Union College, Archivist of Ozark Mountain Regional Collection of Lyon College, Executive Director of the Ralph Stanley Museum, Folklorist for the Watauga County Arts Council, Curator of the John Henry Center, Project Director for the Revitalization of Traditional Cherokee Artisan Resources, Anthropology Educator at the American Museum of Natural History, Field Representative for the National Trust of Historic Preservation, and Archivists of the W.L. Eury Appalachian Collection. Many of them have also been published in the Appalachian Journal, Journal of Appalachian Studies and other peer-reviewed journals.

The Center for Appalachian Studies and the Appalachian studies program are within Appalachian's College of Arts and Sciences. The College of Arts and Sciences at Appalachian State University is home to seventeen academic departments spanning the humanities, social sciences and the mathematical and natural sciences. The college is dedicated to providing instruction and research essential to the University's mission and seeks to cultivate the habits of inquiry, learning and service among all its constituents.