The International Mountain Studies Symposium takes place on Tuesday, March 12, 2019 on the 4th floor of  Plemmons Student Union. It is free and open to the public. 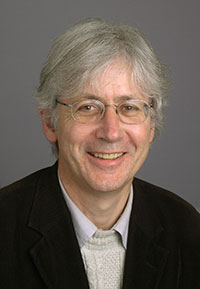 Jon Mathieu earned his doctorate in history and his habilitation at the University of Berne. He taught in Switzerland and abroad, and directed historical and interdisciplinary projects. The main focus of his research concerns mountain regions in Europe and other continents. He was the founding director of the Instute of the History of the Alps at the University of Ticino 2000 to 2005, and co-editor of the multilingual journal Histoire des Alpes – Storia delle Alpi – Geschichte der Alpen. From 2006, he was professor of modern history at the University of Lucerne and lecturer in environmental history at the ETH Zurich. He held positions in academic institutions such as the International Human Dimensions Programme on Global Environmental Change (member of Swiss commitee) and the Swiss National Science Foundation (member of the Research Council). Jon Mathieu was awarded prizes, including the King Albert I. Mountain Award 2008. His latest single-authored books on mountain regions in English are: The Third Dimension. A Comparative History of Mountains in the Modern Era (Cambridge: The White Horse Press, 2011) and The Alps: An Environmental History (Oxford: Polity Press, 2019). The second focus of Mathieu’s research concerns the history of family and kinship. Since May 2018, he is an emeritus, and has embarked on new research and publication projects.

The paper deals with historical interactions between mountain regions on the example of the Alps and the Appalachians with a time horizon of about three hundred years. It shows how the celebration of  mountains in Europe took off with naturalists and artists, eventually leading to modern tourism and alpinism. In the nineteenth century, the enthusiasm for grand nature was exported to the New World where it underwent transformation and returned to the Alps as fascination for wilderness in the late twentieth century. Both transfers were linked to a background of political and technological power. The process started with European colonialism and imperialism, followed in the 20th century by world leadership of the United States. The practical examples, within this ideational framework, concern long-distance hiking trails. The first one was constructed by astonishing volunteer action during the interwar period in Appalachia. In the 1970s, the model of the Appalachian Trail was taken up in the French Alps with the Grande Traversée des Alpes, and later by other actors in the entire mountain range. In conclusion, the paper raises the question if, and in which periods, such interactions between mountain ranges could be fruitfully examined in other cases across the planet. 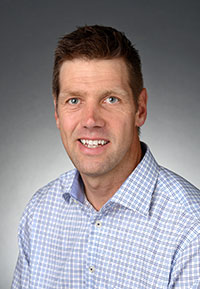 Gilles Rudaz is lecturer and associate researcher in the department of geography and environment at the University of Geneva, Switzerland. After completing a Postgraduate Diploma in Mountain Management at the Institute of Alpine Geography and a PhD in Social and Economic Sciences at the University of Geneva, he was a postdoc at University of California-Berkeley (2006-2007) and then at the Massachusetts Institute of Technology (2007-2010). His research focuses on the social, cultural and political construction of mountains. He examines the processes of how societies conceive mountain areas, environment and societies as specific. With Bernard Debarbieux, he co-wrote The Mountain: A Political History from the Enlightenment to the Present (University of Chicago Press, 2015). He has worked on various mountain regions of the world and he is a leading scholar on European and Swiss mountain politics and policies. He published the reference book on Swiss mountain policies (Rudaz & Debarbieux, 2013, 2014).

Constructing Mountains: The Specificity of Mountain Areas and Societies in Debate

Taking the opposite approach to the classic one that considers mountains as fact of nature, the presentation focuses on the social, cultural and political construction of mountains. It examines the relationships between societies and mountains, by looking at the processes of how societies conceive mountain areas societies as specific. It examines the content of this mountain specificity and puts it into perspective. This discussion about the content of the geographical category “mountain” is addressed through various case studies, but with an emphasis on the European Alps. The presentation stresses the contingent nature of the notion of mountains. It stresses how the relations with other areas and other societies is part of the process of constructing mountains. It also elaborates on identity issues by debating the notion of “mountaineer”. 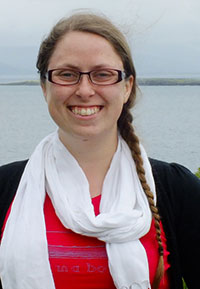 Dawn Hollis completed her BA in History at the University of Oxford in 2012, and an MPhil in Early Modern History at the University of Cambridge in 2013, before moving to Scotland to undertake a PhD in History at the University of St Andrews. Her thesis, Re-thinking Mountains: Ascents, Aesthetics, and Environment in Early Modern Europe, established a new understanding of how mountains were viewed before the Enlightenment.  Currently, she works with Professor Jason König on the Leverhulme-funded project 'Mountains in ancient literature and culture and their postclassical reception', with a focus on the writings of seventeenth-, eighteenth-, and nineteenth-century travellers to the classical world, considering the numerous influences upon travelers' reactions to mountain sites of ancient and contemporary significance. Hollis also writes about the construction of mountaineering as a modern sport and the impact of Scriptural and classical associations upon early modern understandings of the mountain landscape. She is particularly interested in the current-day historiographical discourses surrounding the question of premodern mountain engagement, and in investigating their origins, nuances, and problematic impact upon our scholarly understanding of past landscape experience. She is also interested in the late-nineteenth century and early twentieth-century literature of modern mountaineering, the early Everest expeditions of 1921-1924, and the life and work of the early Anglo-Saxonist Elizabeth Elstob (1683-1756).

A Mountains Manifesto? Toward the Historical Mountain Humanities

Premodern European sources are rich with references to and stories of mountains. This material, however, runs contrary to the widespread historical perception that before the advent of modernity (generally located around the end of the eighteenth century), mountains were treated as spaces of dread and ugliness, a sensation long since termed ‘mountain gloom’. This basic concept has resulted in a wealth of important work which has focussed on human mountain history in the context of modernity, alongside a tendency in popular discourse to emphasise the (generally post-eighteenth century) ‘origin points’ of current-day landscape engagements such as mountaineering and environmentalism. This paper will, in contrast, make a case for a ‘historical mountain humanities’ which not only connects the eighteenth century with the current day, but instead builds a longue dureé account of mountains from ancient times onwards. It will propose that the future of the historical mountain humanities lies in collaborative and innovative work which moves beyond narratives of stark change, and instead allows for connections and  comparisons which lend historical perspectives the potential to have genuine relevance in wider contemporary discussions of mountain environments.