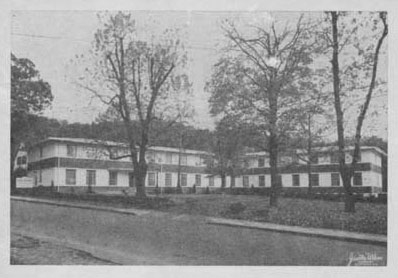 Funding by the University Library, College of Arts and Sciences, Graduate Studies and Research, and University Research Council, 2005

Documenting the history of Allen School is crucial because of lack of information on the African-American integration struggle in western North Carolina. The recent 50 year anniversary of Brown v. Board of Education makes this a timely research project. This research is even more important because of the lack of historical documentation of the lives of Black Appalachians, who have been largely invisible in histories of the region. Further, the gendered nature of the project provides significant material to contribute to the neglected histories of women in missions, and black women in general. In regards to the history of the northern missionary movement in post Civil War Appalachia, this information is unprecedented in its recognition of black educational issues alongside the more traditionally dramatized plight of the "white mountaineer." The opportunity to record living voices and firsthand experiences should not be missed (and is quickly passing).

The collection of oral histories of elderly informant--former teachers, students, and family member--is an essential goal, with fifteen interviews conducted to date; full transcriptions of the interviews are housed in the Allen School file in the archives of the W.L. Eury Appalachian Collection. The file includes audio recordings of the interviews, as well as various archival materials collected from informants (see below).

A lengthy list of possible contacts for gathering further information on the Allen School stems from recommendations from interviewees, as well as from print resources including mailing list for the 75 th anniversary class reunion.